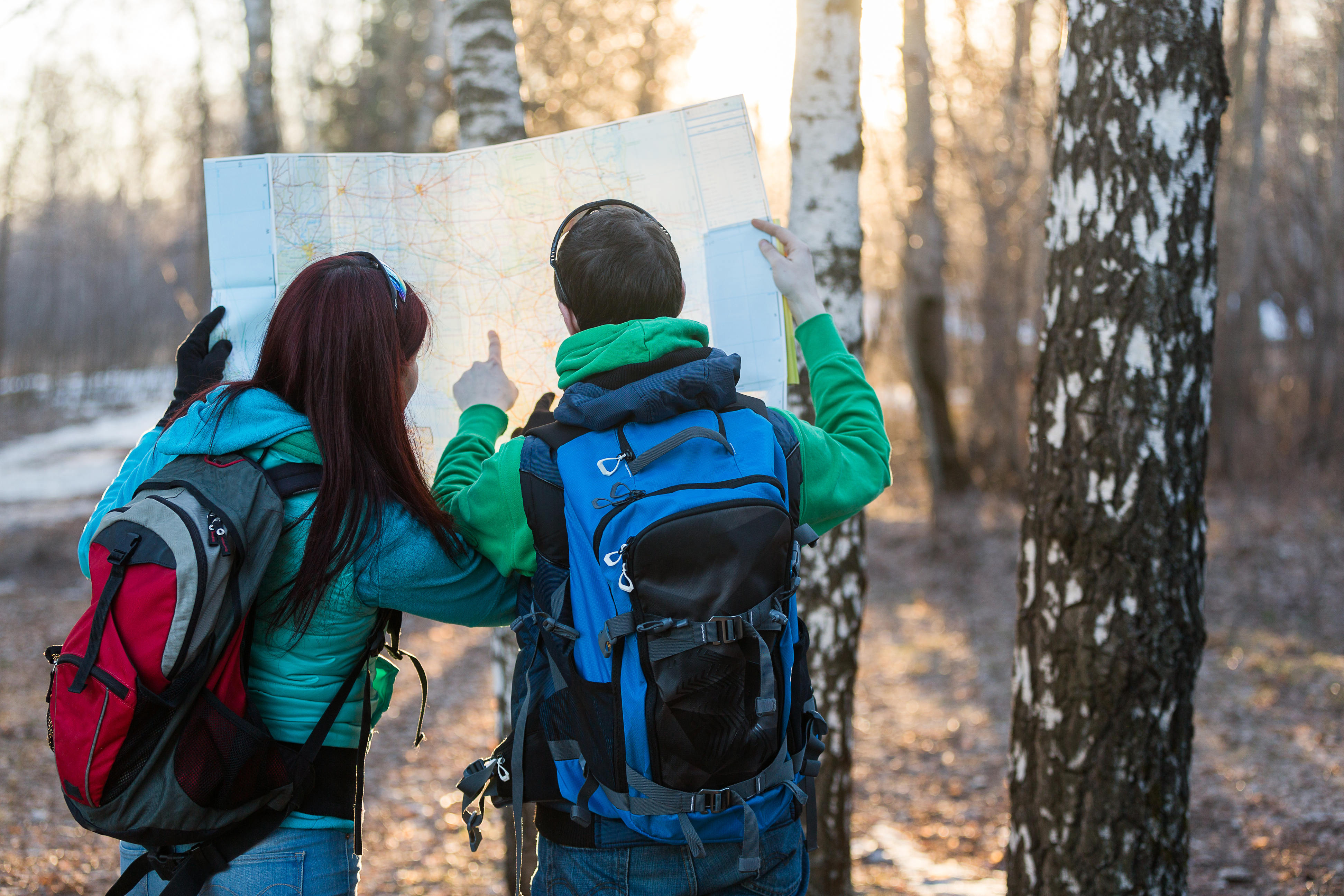 Never underestimate the value of a 3rd party opinion or observation.

You've had the vision, built the plan, and opened the doors for business. But, are you really optimized for rapid growth or doomed to plateau or worse? Sell and Thrive conducts a thorough appraisal of mission-critical business areas in order to assess current capabilities and weaknesses so we can identify and prioritize areas of focus.

No organization can focus on everything all at once, so we help identify the most logical, cost efficient priorities within your sales process in order to quickly increase the velocity of revenue growth and synchronize the business.

"Thrive" (Verb) To grow or develop successfully: to flourish or succeed.

Sell and Thrive offers more than triage assessments and an MRI; We provide lean in services that complement your existing team and accelerate growth. Our experienced executives serve as coaches or mentors to existing staff, or can serve as interim members of the executive team by heading up the areas identified as the biggest priorities and opportunities in Steps 1 and 2.

We want to help you Sell, but most of all, help you to... Thrive

Remember, Never underestimate the value of a 3rd party opinion or observation.

It is said the best leadership—whether in peacetime or war—is borne as a conscientious obligation to serve.

A US Navy veteran, former firefighter, EMT, and police officer, John embodies this obligation to serve. Couple this drive to serve with John's vast business experience with firms like Compuware, Micro Focus, Dynatrace and others, and you get a loyal, shrewd and powerful asset ready to serve your organization.

In many businesses, it is difficult to inculcate a value set that makes leaders servants to their followers. In contrast, leaders who have operated in the crucibles common to military and other dangerous public service occupations tend to hold such values. John applies these values to create teams that want to stay together and function as a unit, not operate as individual mercenaries that bounce from job to job.

John has more than 30 years of executive experience helping small, medium, and large companies accelerate growth. Known as a get it done leader, John's leadership philosophy of treating his team as his primary customer enabled him to create such a loyal following within his last team that the average tenure was a remarkable 10 years. A virtually unheard of retention rate in today's turn-over plagued business environment, especially on sales teams.

John displayed his zeal and ability to effectively step outside the box when he was asked to pilot, customize, and then deploy Compuware's first corporate SaaS based CRM system.

John also demonstrated his zest and capacity to innovate when he created Compuware's first multi-year maintenance renewal offering, which immediately gave his team the opportunity to increase their average order size by 18% to 36%.

John played a critical role during the M&A event that took place between Micro Focus and Compuware by developing and executing the roadmap for ensuring business continuity while both firms integrated business units. John's leadership style delivered an astounding 100% sales rep retention rate during the event, thus avoiding what could have been a catastrophic loss of revenue and existing customer base.

When John's not busy helping organizations build and optimize their sales teams, he enjoys giving back to the community by acting as an Equine Foster Parent for the local MSPCA by providing horse stalls and care at no cost for sick or unwanted horses on his farm, affording horses a better chance for adoption. John also enjoys hiking and snowshoeing with his dog Cabot in the woods of his beloved Tax Free New Hampshire.

"KSL epitomizes the key elements that make up Sell And Thrive's DNA. She is creative, collaborative, experienced, effective, and most of all, humble.  A natural born entrepreneur, KSL brings the it to the term get it done. - John Ingemi

KSL is a New Hampshire native who began her professional life in sales management. After starting a family, she decided to return to school to study computer programming. In 1996, KSL began independently contracting with small businesses to manage both their software and hardware needs. In 1998, she joined Campagne​ Associates where she matured the data conversion process and advanced the software development practices of the fundraising software provider. KSL went on to hold technical leadership positions for both Compuware Corporation and EMC where she led engineering teams in EMEA, APAC and across North America. In 2007, she launched Aleuromedia, a web consultancy specializing in custom software, visual communications and social media marketing tools, serving start-ups, SMB’s and national fundraising organizations. In 2015, Kelley-Sue co-founded Aoibri, a business consultancy, where she enables strategic and practical technical solutions to business problems with custom application development, business process optimization and collaborative cloud solutions. In 2017, KSL expanded her activities with non-profit organizations like MASS TCL and NHHTC and start-up businesses helping to launch Will-It.com and To Share Brewing. She joined longtime colleague and friend John Ingemi to build Sell and Thrive, where she reconnects the roles of her career from sales, to social media and software, for businesses looking to sharpen their Sales blade, engage and empower their human capital.

With 25 years experience in the Telecom and M2M/IoT fields Dan is a passionate leader and visionary with an entrepreneurial spirit and an unparalleled understanding of technology and trends.

In 2011 he was appointed CEO and built one of the best teams in M2M, leading Wyless to nearly 500% growth from 2010 to 2014, executing 3 acquisitions on 3 continents and closing major technology partnerships with companies such as T Mobile, Verizon and NEC. Due to his diverse industry background, few Senior Executives have Dan's depth of experience in this rapidly expanding M2M and IoT market along with an unparalleled access to both personal and professional resources across the industry.

As a Partner at Brook Venture Partners, Ned helps expansion stage companies accelerate business development and sales and marketing growth with a level-headed approach that reflects his broad-based business and investment experience. He also serves on Brook’s Investment Committee and Board of Directors.

Helping entrepreneurs and investors succeed is Ned’s passion. He relies on proven best practices to support sustained growth trajectories and identify compatible acquisition targets. With a discerning eye for creativity and balance, he builds management teams and Boards that collaborate effectively to achieve strategic and operational success. Portfolio companies such as V12 Data, Cole Information, Certica and Baby Earth draw on Ned’s command of sales and marketing to refine strategic positioning and excel in competitive industries.

Ned leverages his past experience and lessons learned in corporate finance, sales, and marketing to help portfolio companies avoid potholes and optimize growth. Before joining Brook, he served as lead investor in FreeMarkets OnLine, Constant Contact and a series of other successful ventures. In the early ’90s Ned worked in Morgan Stanley’s Global Asset Management Division, where he helped market more than 25 IPOs, including Netscape and the spinout of Lucent Technologies from AT&T.

Carmen is a founding partner of Spring Lake Equity Partners. Prior to founding Spring Lake, Carmen served as a Partner in Tudor Investment Corporation’s private equity group, the predecessor to Spring Lake, since 1996. Carmen has focused on growth companies in the software, internet/digital media, atausiness services and financial technologies sectors. He currently sits on the boards of Dorado Systems, Inc., NetBase Solutions, Inc., Meteor Learning, Inc., and One Door, Inc., Vix, Inc. Prior investments where Carmen served as a director or was actively involved include Art Technology Group, Chordiant Software, GAIN Capital, ShoeBuy, TractManager, Velocity, Vurv, and Wimba.  Carmen worked previously as an associate at Triumph Capital Group, Inc., a private equity firm in Boston.  Prior to that, he was an assistant to the founder and CEO of Boston Concessions Group and was a corporate finance analyst for Drexel Burnham Lambert, Inc. Carmen earned a Masters in Business Administration from Harvard Business School and a Bachelor of Arts, magna cum laude, in Economics from Harvard University.